Showing posts from April, 2014
Show all

We hope that these links on adoption encourage and refresh you in your walk with Jesus! Help Miroslav Get Adopted Little 5-year-old Miroslav is alone in an orphanage in Ukraine.  Head on over to The Rebelution's website to read more about how you can help a precious boy find an adoptive family.  It's easy and it only takes a minute! Jacob Chen's Adoption Also on the topic of adoption, this touching   video  of the Chen family's journey paints a beautiful picture of our Heavenly Father and His adoption of us.  Definitely worth watching! God be with you!  Megan, Joanna, Krista, Victoria and Emily
Post a Comment
Read more 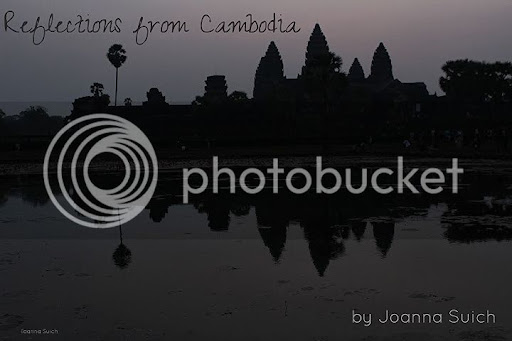 This is a story of my journey in Cambodia. A glimpse of what I saw - the evidences of evil and torture so ghastly and horrifying that around 25 percent of the population was slaughtered, tortured, buried alive, and starved to death by the Pol Pot Regime during the genocide. The regime was ruthless in their purpose of eradicating and demolishing those whom they believed had been "tainted" by outside ideas. This means that the educated, former military, Christians, and others were targeted by the regime as they attempted to "purify" Cambodia of these people. This isn't a fun or lighthearted read, nor an easy one for me to write. But I felt that it was important to share with you, Bloom! readers, and perhaps help you catch a glimmer of the spiritual battle of good versus evil, of God Almighty versus the devil. Cambodia, a country ripped apart by a genocide 35 years ago. A land where 80% of its Christians were murdered during t
Post a Comment
Read more 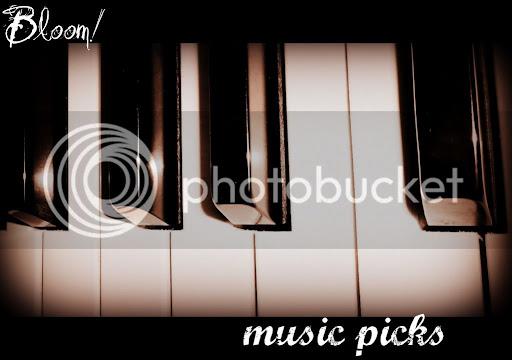 We thought it'd be fun to share some of our favorite songs lately and how God is using them in our lives!  Maybe you'll discover a new favorite or two as well! Krista: Cornerstone by Hillsong - I love hymns because I love how the Bible passages find their way into the melody and this song is currently on my mind for the beautiful mixing of old (hymn) and new (rifts and all). I love the simplicity and depth of its lyrics, that Christ is our Cornerstone. Forgiveness by Matthew West - Forgiveness is a thing that I've been given freely by Jesus but I do admit, it can be hard to give to someone else. This song is a good reminder of how important it is to a Christ-perspective on things and other people because seeing people through His eyes of grace really does change our response. Joanna: Hide Away in the Love of Jesus by Sovereign Grace - This is a beautiful song that refreshes spirit and encourages me to continually hide myself in Jesus. Ten Thousand Reasons
Post a Comment
Read more 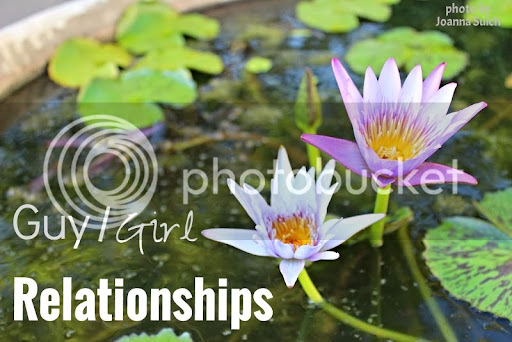 For the third post in our Guy/Girl series, we're sharing some thought-provoking links from other authors on the topic. So take a look, read them, and pray about what they say. I thought they each had good things to say, but they aren't flawless. Check them against the Scriptures and let us know what you think!  - 8 Things to Convince You of a Man's Character  - Qualities of a Guy Worth Dating  - Qualities of a Girl Worth Dating
1 comment
Read more
More posts