Showing posts from April, 2013
Show all

Happy Friday, girls! We pray that the Lord is stretching and growing you more and more into the woman He wants you to be! May these links encourage you along the way. If you would like to look up various topics in Scriptures, listen to an audio version, or compare various translations, then check out Bible Gateway .  This site has a way to do all that and more!  So head on over and delve even more into God's Holy Word! We also wanted to highlight again a fabulous interview we did with author Heather Paulsen Patenaude back in June.  Heather says, "In our Christian culture we almost look at marriage as the starting point to life. So we have single young women waiting for "life to begin" at marriage.  If you are married or single, the goal is to glorify God." Praying for you! Joanna, Megan, Krista, Emily & Victoria
Post a Comment
Read more

Sister to Sister: We Are His

Dear Sisters, Jon athan Edwards wrote seventy resolutions by which he wanted to live. The 43 rd resolution states:  “Resolved, never henceforward till I die, to act as if I were any way my own, but to act entirely and altogether God’s…” I love this quote because it is so easy to think of ourselves (along with our time, money, plans, thoughts, decisions, and possessions) as our own. However, if we have been purchased by the precious blood of Jesus, we are not our own. We are His! It reminds me of  2 Chronicles chapter 20 . Judah was going to be attacked by Moab, Ammon, and several other nations. The king of Judah at this time, Jehoshaphat, prayed and asked the Lord for His help. In answer to Jehoshaphat’s prayer, God, through Jahaziel, said, “The battle is not yours, but God’s.” ( 2 Chronicles 20:15 ) They were told not to fight, but to stand still and see the salvation of the Lord. So instead of organizing an army, they organized a choir! While they sang, God fough
1 comment
Read more

Last March 2013, I was diagnosed with hyperthyroidism that is closely linked to Grave’s disease. It greatly affects my metabolism and body functions. It hasn’t been quite an easy time as of late. I was given treatment options that I will further explore in the summer, and at the moment, I am relying on medication given to give ease and treatment.  There are days that I am at home in pain either with chest pains, palpitations, or even nausea. Other days I easily grab viral infections that I used to dodge quite effectively in years past. This week, I somehow ended up with a gastric flu after a hiking trip and am still suffering the symptoms at the moment. However, these past few months and days, I have been reflecting on God’s provision, His promises and the security of His hands. Just like countless others inhibiting this world that we live in, every day I see how minute we are in comparison to God. Looking around, I am able to marvel at His works of creation and see grace touchi
Post a Comment
Read more

Title:  Little Men Rating (1=lowest, 5=highest):  4.0 Produced by:  Allegro Films Synopsis:   This 1998 adaptation of one of Louisa May Alcott’s classic novels tells of two street urchins from Boston – wherein one gets enrolled in Plumfield,  a school for children. When the second boy arrives at Plumfield, he introduces some children to drinking, gambling and fighting and remains stubborn despite correction. However, the movie shows how each of us is lost until Christ comes to work on our hearts and changes us. Language:  One of the children, a 14 year old Bostonian named, Dan, uses mild profanity in the movie, giving it a PG rating. However, this provides room for Dan to learn the true meaning of freedom, acceptance, and joy. The Good:  There are a lot of good themes in this movie, which is an adaptation of Alcott’s novel, “Little Men”. Jo and Fritz Bhaer show a heart for children who need to be taught virtues alongside mathematics and English subjects. Also, they po
2 comments
Read more

The promise to cling to 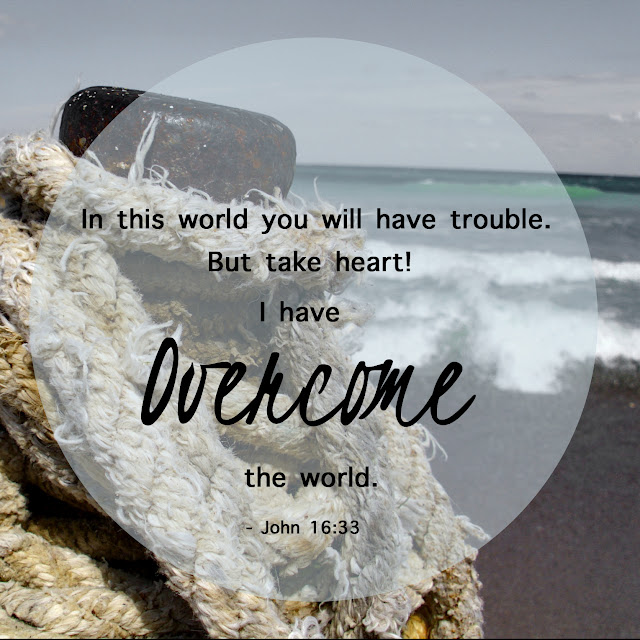 Here is an opportunity to unite with other believers across America and support a Christian family! We were wondering if each of you would consider signing a petition to help a Christian homeschooling family that lives in East Tennessee. They are from Germany, but homeschooling is illegal in Germany. The Romeikes were being persecuted for homeschooling their children, so they came to the United States several years ago, and were granted asylum in 2010. However, they are now on the verge of being deported back to Germany. Home School Legal Defense Association is trying to stop this, and there is a petition to bring this situation to the attention of the Obama administration- which could grant asylum to the Romeikes. At least 100,000 signatures are needed for this, and though there are now more than 100,000 signatures, extra ones could greatly help! Please sign this petition and support freedom and homeschooling. Just follow the instructions to sign here , and pass this on to other
1 comment
Read more

A heroine is defined in the dictionary as a woman who is well-known for courage and daring action.  It's further described as someone who is noted for a famous achievement in a particular field or situation.  In our Christian faith, we come across stories of women whose testimonies and actions have radiated Christ in their own lives and have inspired others to see that Light as well.  The beauty is that these faith heroines point us to Christ and encourage us to live a life worthy of the calling we have received. Meet Gladys Aylward: a little woman with a big story and an even bigger God. She was just four feet ten – a fact that had saddened her as a child. She had also always longed for blonde hair, like her friends. As Elisabeth Elliot tells the story: “But when at last she reached the country to which God had called her to be a missionary, she stood on the wharf in Shanghai and looked around at the people to whom he had called her. ‘Every single one of them,
Post a Comment
Read more

An Interview with Emily: Her Heart Story

We hope you'll be encouraged by this interview with Emily, Bloom! Photographer and Designer, about her heart surgery years ago and how the Lord has been using that in her life. Tell us a bit about your heart issue. I was born with TAPVR (Total Anomalous Pulmonary Venous Return). The pulmonary vein that should have taken oxygen from my lungs and sent it through my heart to the rest of my body was connected to the wrong side of my heart. Therefore, I could not oxygenate my body at all. Within a few minutes of my birth I started turning blue. I was quickly flown to Dallas Children’s Hospital where I had open heart surgery at barely a day old. So you had heart surgery. You were a baby and won't remember it, but what have your parents told you about it? I have heard the story  so many times that it seems like I do remember it. So, what exactly did having surgery do? The surgery snipped the vein and reconnected it to the right side of the heart. The incision was patch
8 comments
Read more
More posts