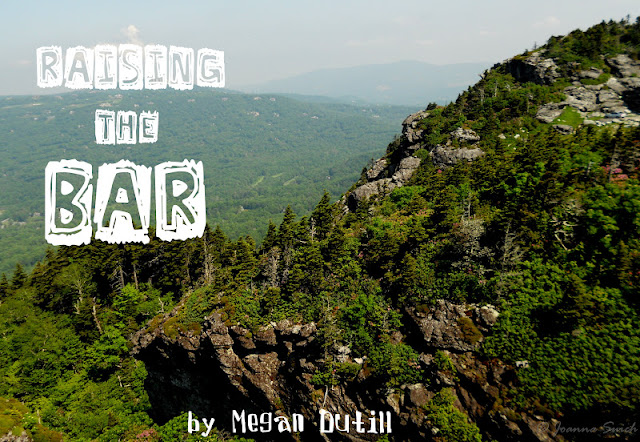 I love the Olympics. My two favorite events, women's gymnastics and women's figure skating, combine the fun of breathtaking skills and routines with enthusiastic cheering for my favorite contestant. One reason that these events rank at the top of my list is simply because of the amazing combination of gracefulness and flexibility they display. But there is also something special about these two competitions: there are a lot of young women, only sixteen or seventeen, competing. And often winning the gold metals.

In a culture saturated with the belief that teenagers are incapable of doing anything great, it is refreshing to see girls my age proving that belief wrong. Many people dream of the Olympics, and most never even qualify. But the fact that teenagers can rise to the top and win a competition that most have only dreamed of proves that we do have what it takes to accomplish something very difficult.

The world bombards us with many beliefs and lies about who we are and what we can accomplish. As daughters of the King, we know that we are to rise above our culture and be the light of the world. But it is difficult to shine if we can't recognize darkness, and it is hard to rise above our culture if we are absorbing its messages. One of the most widespread messages that I have only begun to recognize is the tempting and subtle message of low expectations. The world whispers, "Just do enough to get by." The message is so tempting that I find myself trying to justify it with my own faulty logic. I reason that if I try just a little harder than the stereotypical teenagers, then I won't have to put forth much effort to be way ahead of them. And I wind up drifting along at a slightly elevated level, without achieving what I am capable of, and forgetting that God is only going to compare me with myself. I try to justify this message because it is so temping, and so easy. It's very easy to comply with the standards, and very difficult to do something challenging and raise the bar for yourself. And it's especially hard if you just don't want to challenge yourself.

For me, that comes in the form of learning the language of roads and directions. It doesn't come easily to me, and I've never had to learn it before. I have two parents and an older sister who are all very good at directions, so I've always quite happily let my family figure out a way to get me where I want to go. Now, I'm suddenly discovering that I need to learn these things for myself. I'm sixteen, and if I ever want to drive, I'd better learn how to get out of my neighborhood first. But to be honest, I don't want to learn. I know it will take effort, and I don't feel like putting forth that effort. Yet I also know that this is one challenge I have no choice but to master; it is an important skill I'll need for life. So I am going to challenge myself in an area I don't want to be challenged in, and I'm going to make myself learn this skill.

We tend to accomplish what is expected of us. For instance, if it's been generally expected that I am going to pull an A in a history test, I'll probably study very hard to meet that expectation. And if I was required to pass Physics or Calculus to graduate, I'd find some way to do it. But since our culture is expecting little of us, it is very easy to only accomplish little. Accomplishing any thing extra is just that – an extra bonus. The standard is on the floor, so if I jump a foot, I've made it farther than most kids. I don't mind challenging myself, but I only want to do it in a fun area. For example, I'll try my hardest to stretch my voice to hit another note, or master a new singing technique, just to prove that I can do it. But when it comes to proving that I can get an A in a difficult science course, I'd really rather fall back on the "just get by" message.

But the Bible doesn't agree with that message. It preaches a message with much higher standards. It is summed up in this verse: "Whatever you do, work at it with all your heart, as working for the Lord, not for men." (Col. 3:23) I know I haven't done everything with all my heart, to the best of my ability. In fact, I'm really bad at it. But I'm learning. And I know that God will enable us and help us in the things he has called us to do.

It is interesting to consider the fact that just a century or two ago, it was the goal for a girl to be married at sixteen. And by standards back then, a girl had to have the knowledge to manage a house, servants, and children to be fit for marriage. In other words, by sixteen, she was not only considered an adult, but she acted as one and had adult responsibilities. What has changed in these years? Our capability to shoulder heavy tasks hasn't changed; instead, what has changed is the way our society views teenagers. But if you flip through your Bible, you'll also note that most of the people God called were teenagers. Mary was around thirteen when she obeyed God and became the mother of His son. Queen Esther was probably a teenager when she saved her people. And Rebekah was also young woman when she left her family to become the wife of someone she didn't even know. There even many records of kings being crowned at sixteen or younger. We don't know what we might be capable of if we really pushed ourselves. I think I would surprise myself by some of the things I could do. But of course, what makes it easy is that we also don't know what we are depriving ourselves of by not challenging ourselves.

One thing, however, that I often have to be reminded of is that challenging myself and accomplishing hard things doesn't necessarily mean doing big things. When I'm doing math, for instance, I think about how much more useful I could be feeding the hungry in Africa. (You probably only need to learn how to count for that position, right?) Or I get into a "change the world" mentality, and become frustrated that, right now, I can't become William Wilberforce the Second. I can't abolish slavery, end abortion, or form organizations. Instead, I am reminded, God has placed me in this position in life for a purpose, and it is to be a daughter, sister, and student that He has called me to. He wants to use me, and mold me into His image, right here and right now. He uses the small and unglamorous things of life to challenge us, and we must succeed in the small things if we ever want to succeed in the big things. He doesn't care if I don't do something truly incredible by the world's standards (like abolishing slavery). What matters to Him is if I obey Him in what He has called me to do. Being a wife and a mother, for instance, isn't valued very highly by our culture, but God values it as one of the most important assignments He can give us. And if we humbly ask for His help, to show us what He wants us to do and live according to His standards, He'll help.

I've been learning this lesson through so many ways this past year. One of the most influential sources in revealing this message to me has been the Rebelution blog by Alex and Brett Harris, and I would encourage you to visit it yourself. My hope in writing this article is that as I seek to explore this topic and gain a deeper understanding for myself, you might gain a fresh perspective.

-- from the archives, September 2007
megan dutill