A Box and Five Kernels of Corn 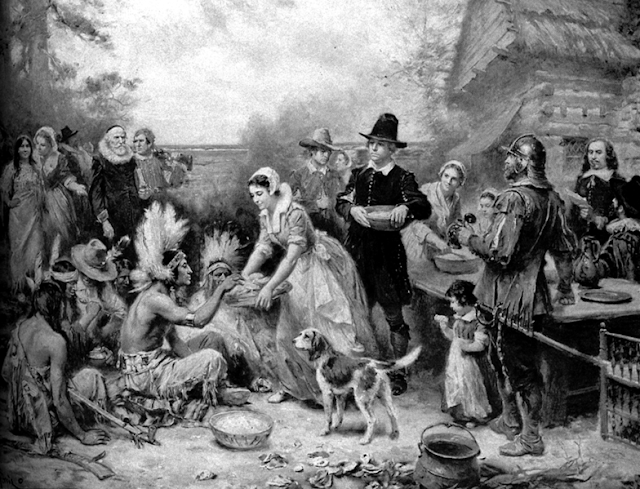 My family does not really have one tradition that we have practiced on Thanksgiving throughout the years. So, today I am going to share one tradition with you that my family has done a few years and another tradition that my cousin's always do, both of which celebrate the true meaning of the holiday. Perhaps you can put some of these creative ideas into practice at your Thanksgiving feast tomorrow!


First, a few years back I read in a magazine how to make a "Thankfulness Box." I used an old, rectangle box and cut a square in the middle of the lid (a shoebox would work well with this, too). Then I decorated the outside of the box with fall stickers and wrote I Thessalonians 5:18 on each side of the box. After the turkey and stuffing and mashed potatoes and pumpkin pie, my family, guests, and I each took turns writing on pieces of paper things we were thankful for and dropped them into the box. Afterwards, you take the lid off the box and everyone reads all the "thankful notes." But, in order to keep it anonymous, when you write the notes you must try to disguise your handwriting, so no one knows who wrote each note. This generally turns into a game of trying to decode the disguised handwriting! This little activity brings fun all around and reflection on God's goodness in each of our lives.

A second idea, I must admit, is not mine, but my cousins'. Each year they read together as a family the story of the Pilgrims in a chapter entitled "Five Kernels of Corn" from the book, The Light and the Glory at the dinner table. As the story says, some Pilgrims only had five kernels of corn per day when first in America! So no wonder they were so incredibly thankful and celebrated so much when God had blessed them with such a bounty after the harvest. And how much we have to be thankful for...most of us never have had to go a day with just five kernels of corn! So, to remind their family of this, their mother sets five "kernels" of candy corn at each of their place settings that they can eat while they listen to the story.

A very happy Thanksgiving to each of you! Let us not forget that No matter what happens, [we should] always be thankful, for this is God's will for you who belong to Christ Jesus. --I Thessalonians 5:18

With thankfulness for God's grace in my life,
Jessina
holidays