Esther: A Portrait of Grace 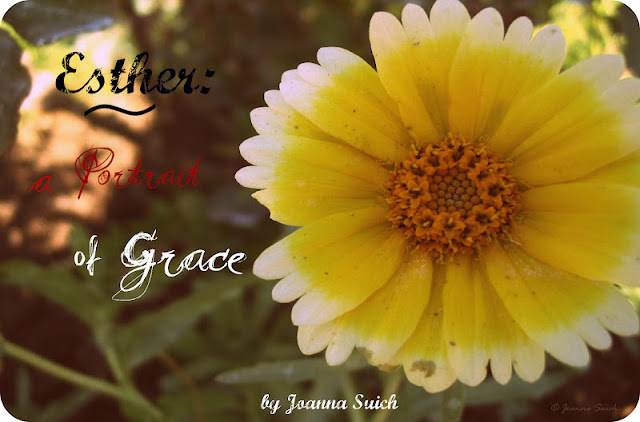 Grace. Sure, it’s only five letters long, but it’s a giant, beautiful, powerful word when lived out. As I’ve been thinking about grace and how the Lord has given me so much of it, I was reminded of a young lady who displayed His grace in such a striking and powerful way in my life...

It was 2009 and I had flown into Oklahoma City for three weeks of training and teaching the Character First! Education (CF!) program in the inner-city schools of Oklahoma City (now In the Gap). Esther was working with CF! - teaching, serving however needed, giving of her time, talents, and heart.

So, after my arrival in the city, she approached me and introduced herself. When I offered my hand, she skipped that norm and went straight to a hug. She has such a sweet spirit of grace that even on my first meeting I could see that it permeated her whole being. I immediately felt that she lived life to the fullest for Jesus Christ and couldn’t wait to get to know her better!

As we spent time together training, teaching, learning, laughing, and talking, I began to see that my first impression of my friend was correct – she lived life wholeheartedly, full of grace. One morning in particular this became clear to me when Esther took one look at me and knew something was wrong. The night before I had been harshly attacked with doubts and fears by the father of lies and darkness, and I was worn out and frightened. I started to walk downstairs, dejected, when Esther looked at me and kindly asked if I was okay.

After honest, grace-filled words on her part and a few hugs and encouraging words, we knelt down on the carpet and Esther began praying. Oh, did she pray! It was such a beautiful prayer to my depressed spirit. The Lord answered her prayer quickly - not only did my body stop shaking in fear, but my spirit felt free again and I knew the Lord was with me no matter what.

It wasn’t until later that I realized Esther had shown me grace in a profound way. I didn’t deserve her concern and kind words and actions. I was depressed and scared and upset. My face was not a mirror of grace at that moment, but God used my friend to show grace to me that morning in a special way.

As 2 Corinthians 2:14-15 talks about, Esther became an aroma to me, like an aroma of grace in a very real way. And it wasn’t her grace but rather God’s grace flowing through her. That’s what is so powerful about Esther – she allows Jesus to flow through her to bless and encourage others. She showered His grace on me. I didn’t deserve it, that’s true. But then again, that’s what grace is all about!
family and friends grace joanna suich